There isn’t anything cuter than a pair of doggie friends, but this pair takes the meaning of friendship on a different level, and you’ll see why.

Pooches, Thelma and Lousie, were on an alley tending to their little pups when rescuers found them. The unique thing about these two dogs is their tight bond, which had the responders so amused.

There was no way one could distinguish which puppies belong to which dog mama. The two hounds take turns in nursing their hounds. The puppies treat the two as their moms and one another as brothers and sisters.

Well, perhaps these dogs gave birth at the same time and decided to tend to their babies hand in hand. It’s hard raising children and what a relief that they found each other, which we guess made parenting much easier!

The shelter must have found them so cute and unique, as anyone would, which made them decide to take the eleven dogs all together! Well, who could dare to separate them?

In one adorable video, they are seen playing and being so affectionate to each one you’d think they were really related by blood. With this clip, people from all over began to notice them and more and more sent in their application for adoption!

Many hoped they remain together, especially the best friends, Thelma and Lousie. And yes, they did!

Congrats to that lucky household who will have these two as their newest members! We’re sure that they won’t disappoint in loving their new owners. And we know that, of course, because we’ve witnessed just how caring they were to their little ones.

How nice could it have been if Thelma and Lousie were taken in with their pups, but it is still a relief that their babies found their own forever homes! That should put these moms in peace as should anyone out there who could not help but worry for the puppies! 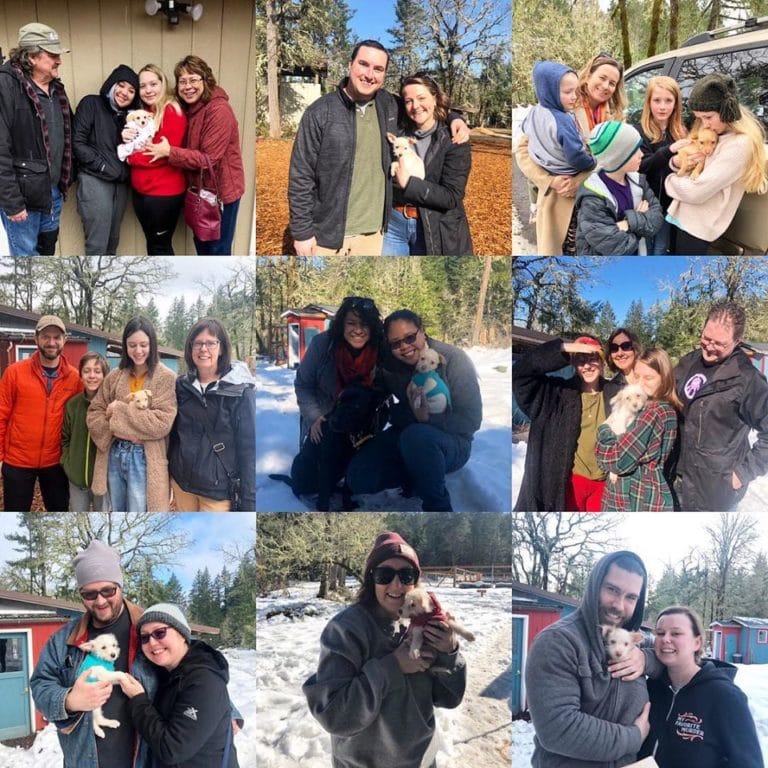 German Shepherd Alone In The Woods Finally Rescued And Adopted

The quick and heroic action of a boy from Georgia saved a whole family from the fatal consequence of a fire. He was only...

German Shepherd Alone In The Woods Finally Rescued And Adopted

Tonic The Corgi Gets His Own Mini Sofa